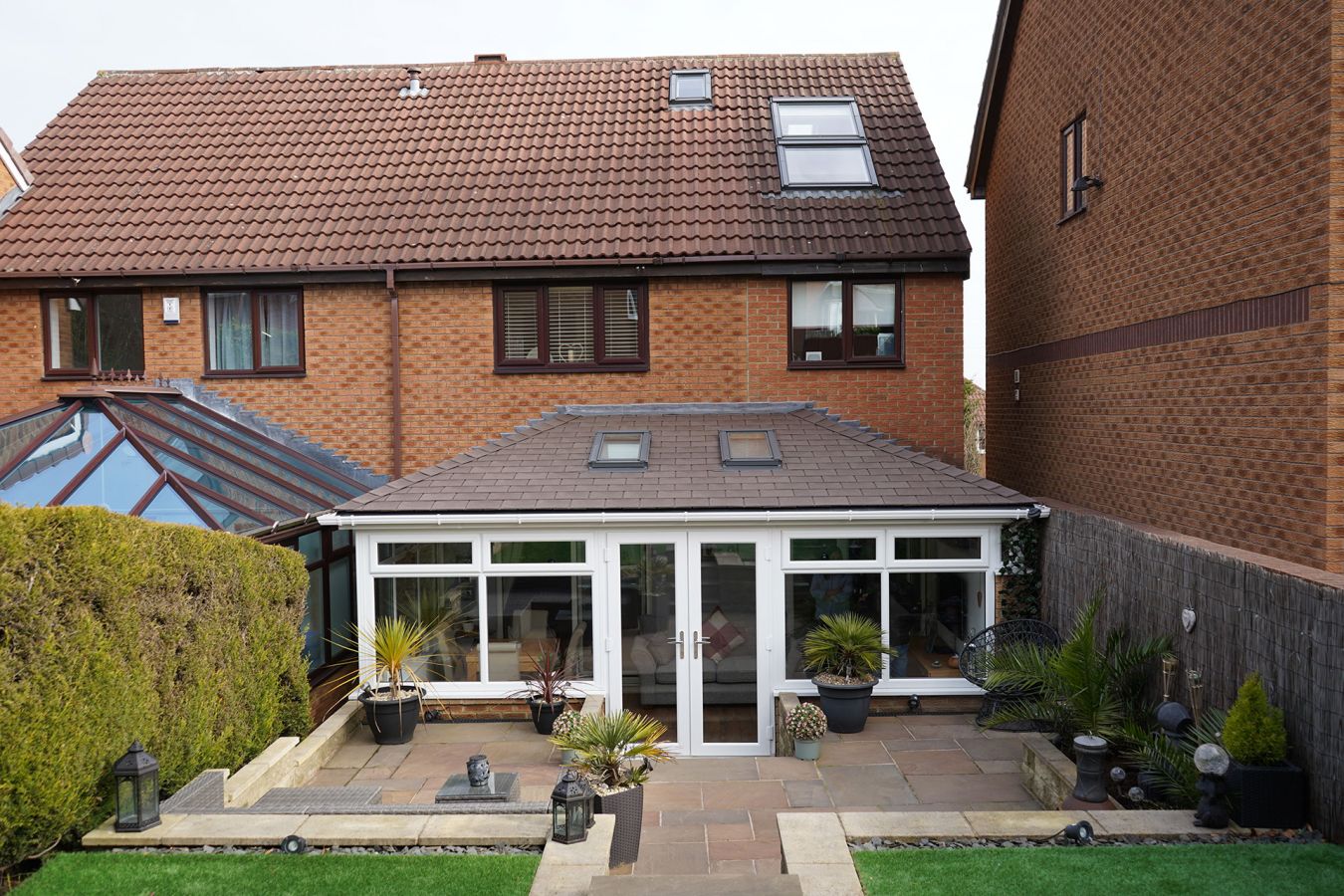 The customer complained initially of draft coming through the frames and the doors & windows with a few of the sealed units already misting up and looking foggy.  Also the customer concern was security - the fact that there had been a spate of break-ins in the area leading to worries and concerns about the security on both the windows and doors

As far as security is concerned, the frames are internally glazed, they have high security key locking handles with shoot bolts included, a facility to open the window in the night vent position and  the French doors have high security Ultion barrels fitted - these are the latest anti-snap, anti - Bump and and anti-extraction cylinders that the police and insurance companies approve. Ultion themselves are that confident in their products that they are offering £2000 payment to customers should there be a break in through these locks

As well as the frames being tire, the customer complained of the existing polycarbonate roof having problems too.

The usual story – too cold in winter, too hot in summer, the polycarbonate sheets and and ancillary trims were becoming dirty, warped and disheveled - and the roof was leaking in certain points.

We replaced the roof as well as the frames as part of our installation . The roof, a fully insulated, fully plastered Supalite roof was fitted with slate Tapco tiles included two Roof vents in the ceiling for extra ventilation

This confirms that Elmhurst can successfully replace frames and a roof onto an existing footprint/base and this and the customer has been highly delighted with the final result. 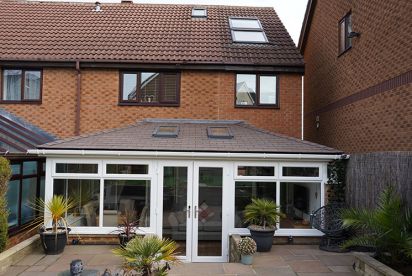 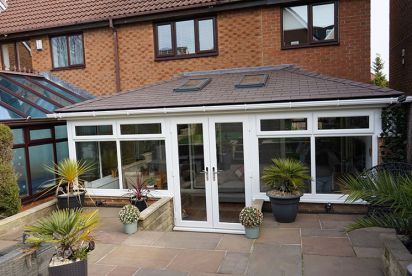 What the Client said...

“I would absolutely definitely recommend Elmhurst. An established family business with a great reputation. The sort of firm I was definitely looking for. An absolutely fantastic team, really good communication, grafters that never stopped.”

Other Projects by Elmhurst 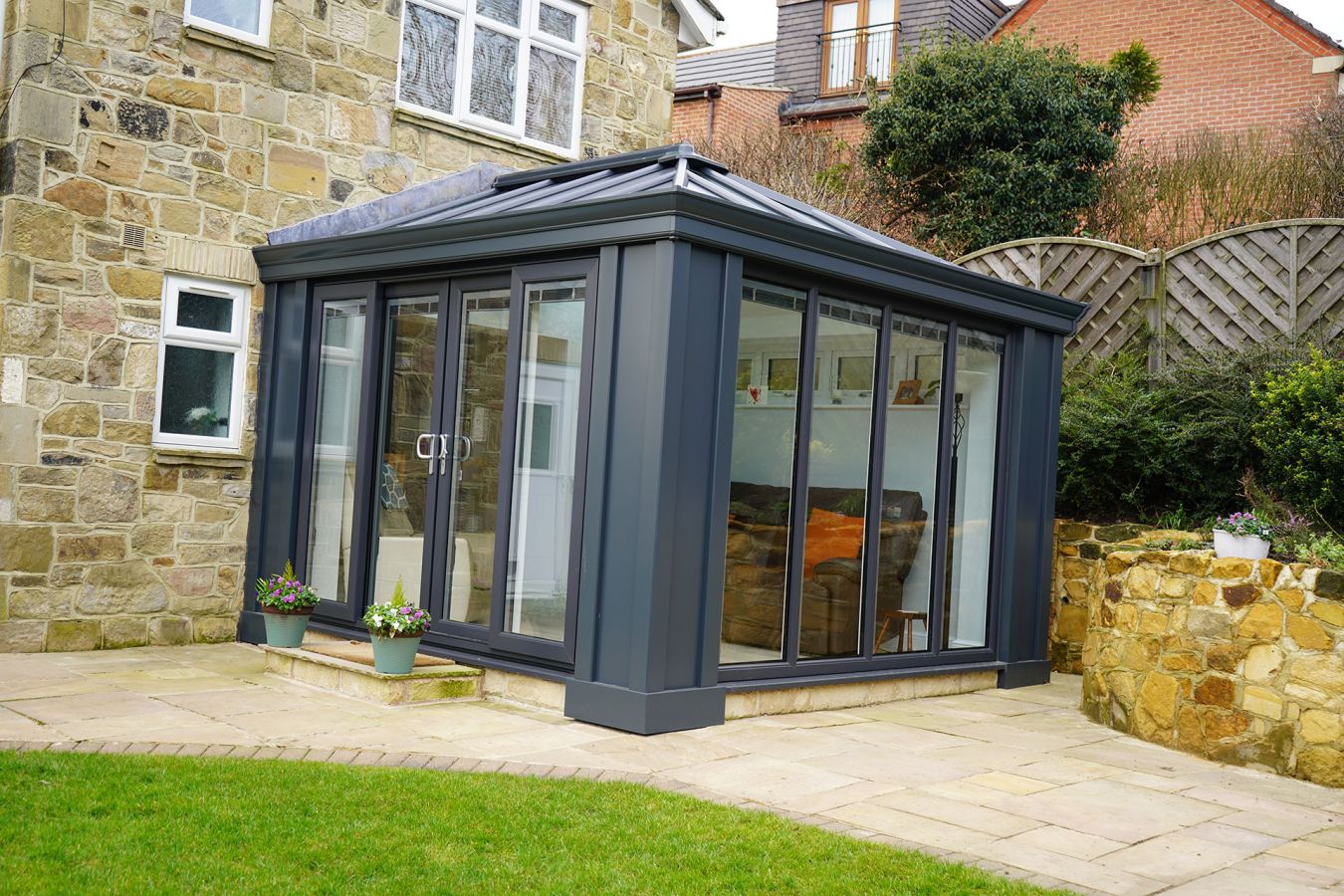 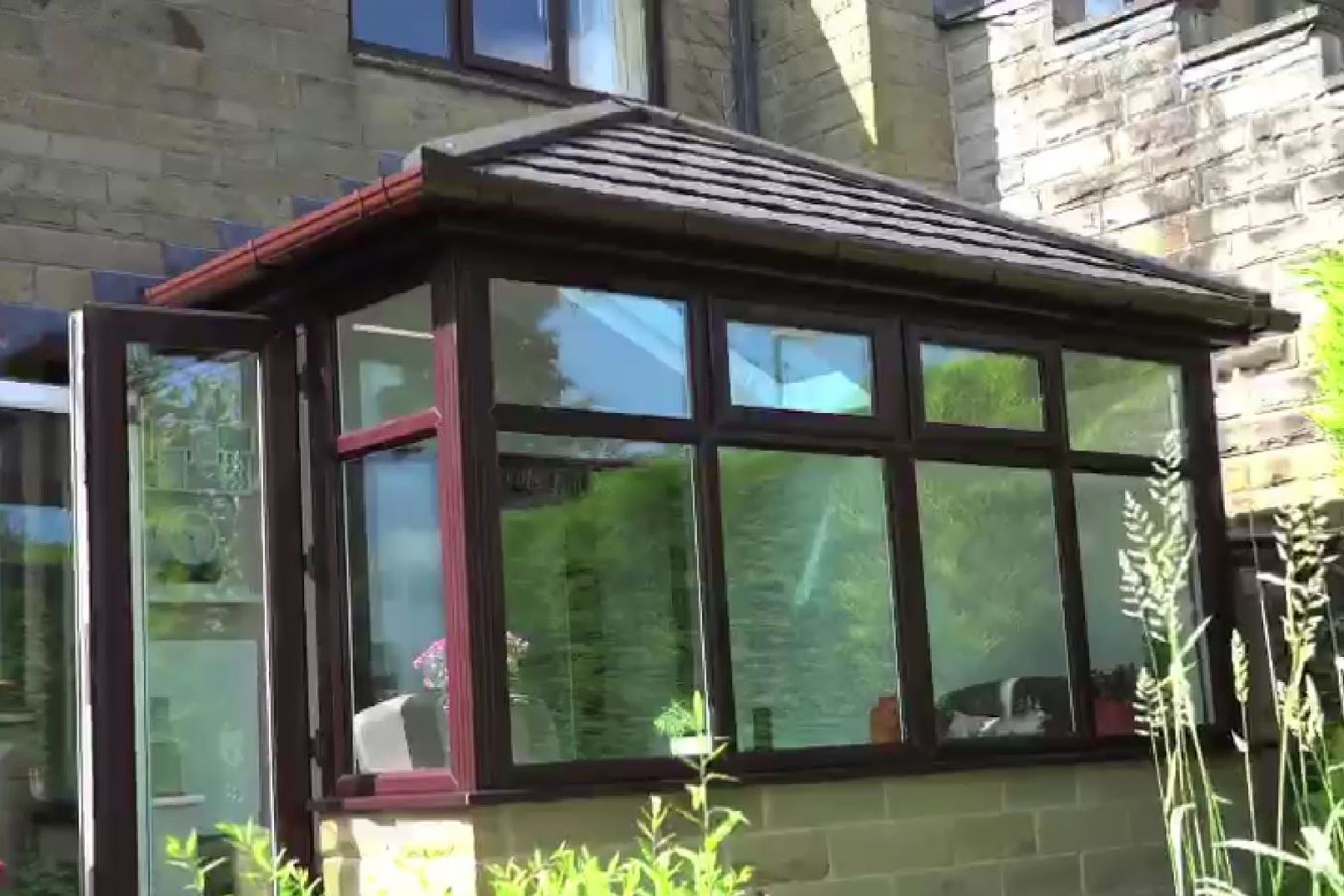 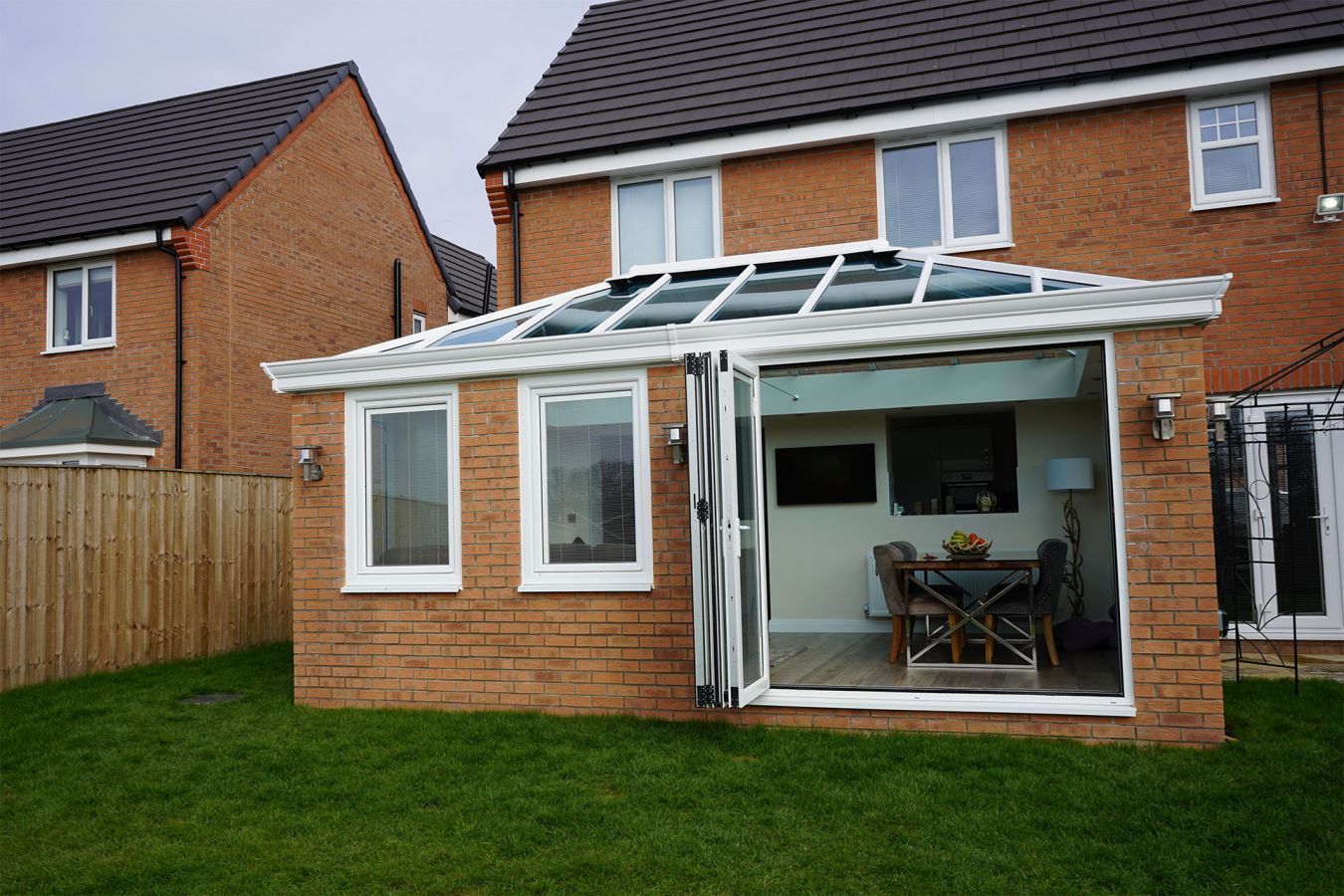 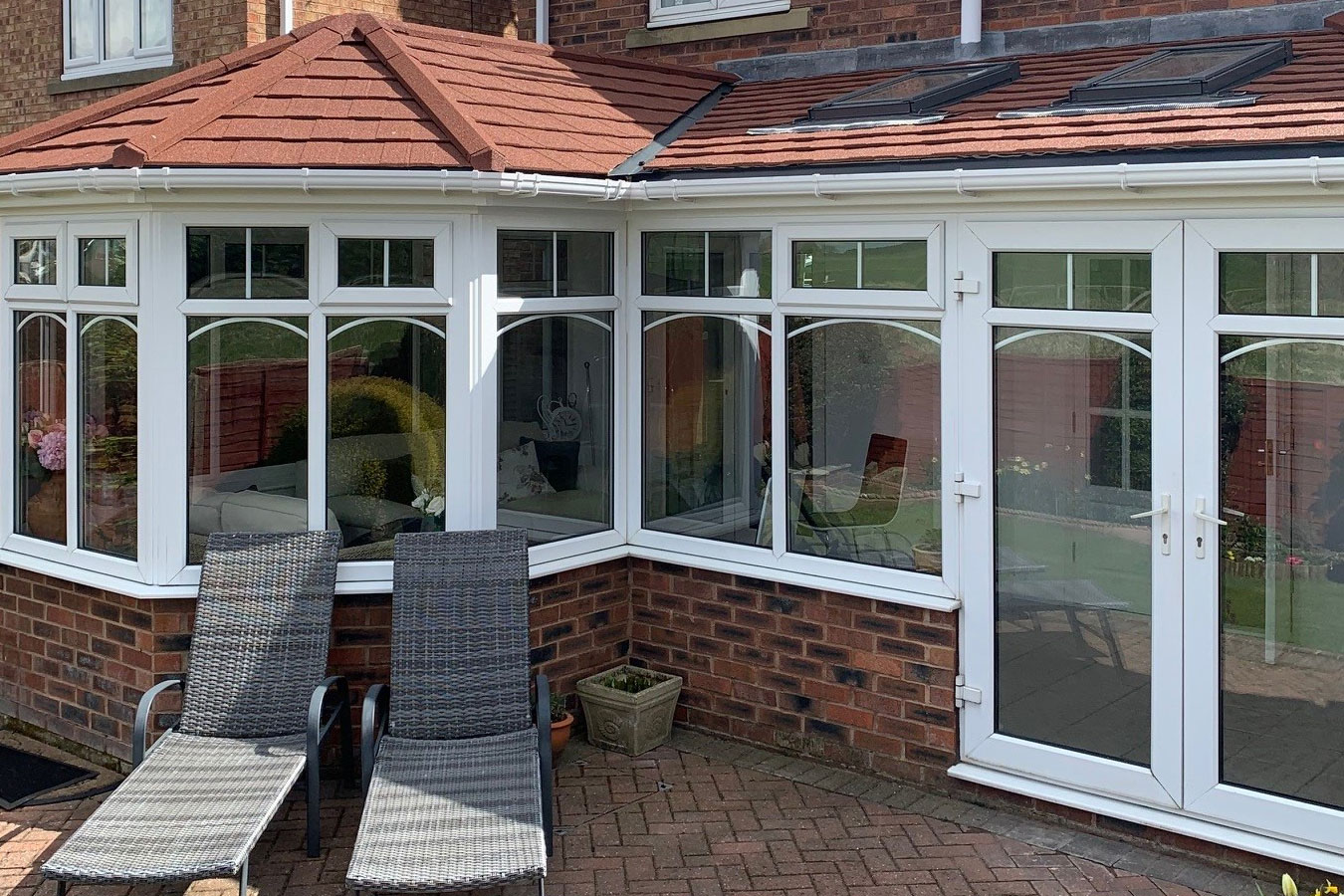 Get a Free Quote Today

It's Completely FREE
with no obligation

Your quote is valid for
12 months

Other Products Provided by Elmhurst 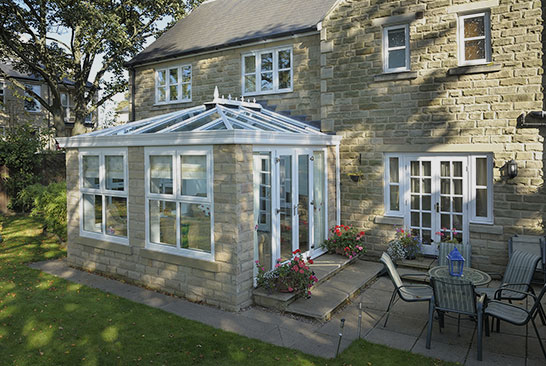 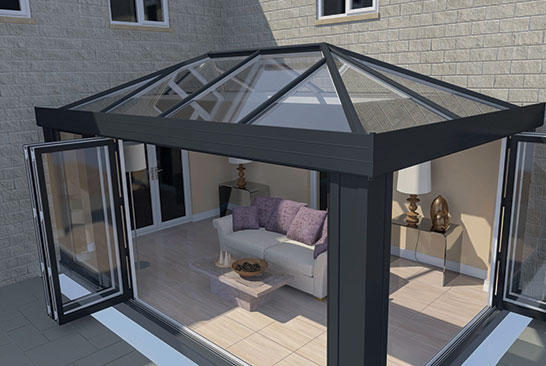 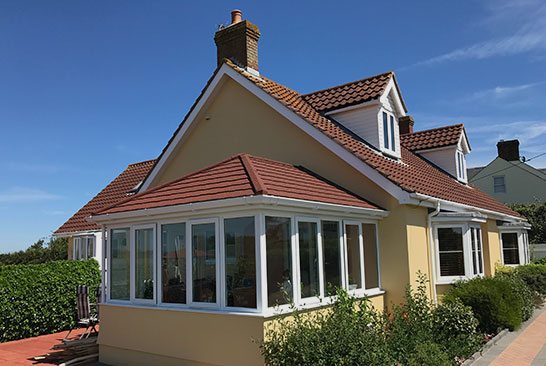 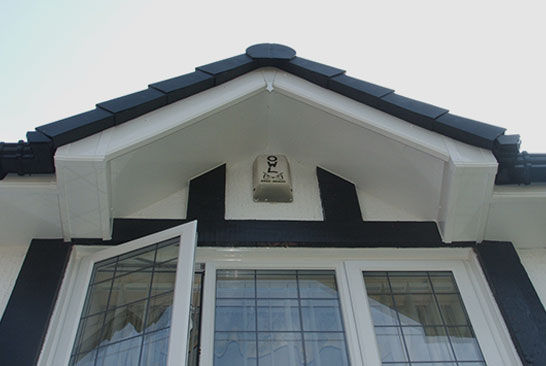 Get a Free Quote Today

It's Completely FREE
with no obligation

Your quote is valid for
12 months